This is one of a series of Turbo Failure Fact Sheets from Diesel Levante.

Why does oil starvation damage turbos?
As turbochargers can operate at over 6,000 revs per second (360,000 rpm) and endure temperatures of 950°C, turbo bearings are under great stress. The turbine shaft and bearings rotate in a thin film of oil. If oil is not present at start-up and while the turbo is running, the bearings will fail. Running a turbo without oil for five seconds is as harmful as running an engine without oil for five minutes.

While it is important to check the engine oil pressure meets the manufacturer’s specifications, it is even more critical that the oil feed pipes to turbo are clear and clean, so you are certain they can supply oil at the correct pressure.

• Do not use silicone on oil gaskets; it can easily become detached and block oil passages. • Clean or replace oil inlet pipes to eliminate any carbon deposits or sludge that could restrict oil flow to the bearings. • It is important to check the oil pressure and oil supply to the turbo. • Always use fresh oil and new oil filters as recommended by the engine manufacturer when fitting a new turbo. 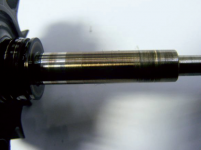 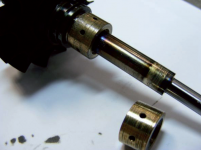 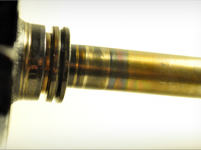